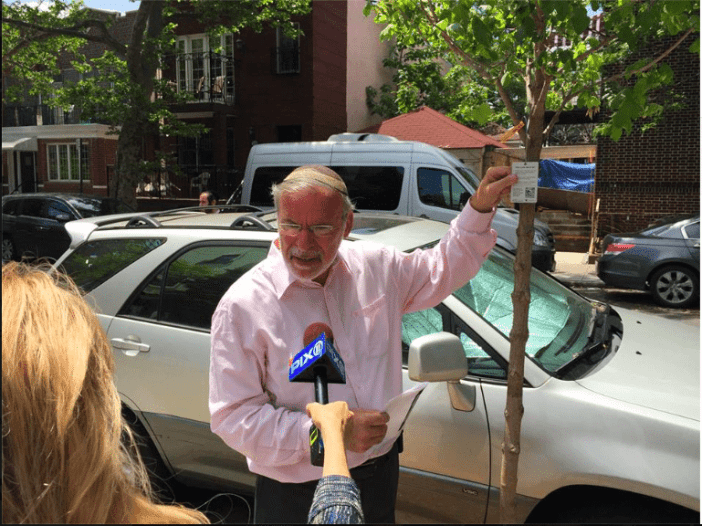 A Brooklyn Democratic Assemblymember, who said in September that he was considering a vote for Donald Trump, now says that he cannot vote for the Republican nominee.

Local Assemblymember Dov Hikind, who represents sections of Midwood and Southern Brooklyn, stated at an October 31st public forum on the presidential elections at Talmud Torah of Flatbush synagogue that he will not support either of the candidates put forward by the country’s two dominant political parties.

A video excerpt of Hikind’s comments at the forum is posted on his Facebook page. Hikind states that his refusal to vote for Trump is a “matter of conscience,” referring to some of the candidate’s comments regarding women and people with disabilities.

According to Jewish Insider reporter, Jacob Kornbluh, the event at Talmud Torah was originally planned as a debate between a supporter of Hillary Clinton, Rabbi Menachem Genack, and possible Trump supporter, Assemblymember Hikind.

“I wanted to support him,” Hikind continued. “I was hoping as the weeks went by that he would keep his mouth closed and stop saying the things that he has said, but he can’t change, and I am really concerned. I wish they can both lose, but I know that’s not going to happen. One of them will be elected next week. But we have to be honest with ourselves.”

Hikind then said he will be writing in House Speaker Paul Ryan for president. “He is a real superstar. A real friend of Israel. A real mensch…This is the kind of person we really need.”

In September, when asked by Corner Media which candidate posed a greater risk to the country, Hikind told us, “I don’t know about Trump — I’m not sure…[But] I’m prepared to do it [endorse Trump]when you put the candidates on a scale.”

A vote for Clinton is out of the question, Hikind said in September. In a video he released around the same time, Hikind added, “Clinton getting elected as President of the United States…guarantees a radical leftist court, not an equally balanced one. That’s not what I want for my family, my community or for the American people. Hilary has been a failure. If you want another four years of the Obama administration, then your choice is a simple one.”

The implication of Hikind’s September statement was that the choice for president had to be Trump. Now, only days away from the election, Hikind is arguing that voters should walk away from both candidates.

“This, in a nutshell, is the dilemma some Orthodox Jewish voters are facing as the time to pick their choice for president – traditionally a Republican – is nearing,” Jacob Kornbluh writes in his article.

“Trump is expected to receive a supermajority of the Orthodox Jewish vote in Brooklyn,” Kornbluh continues. “But the question remains, will Trump’s poor standing in the general American Jewish community and the lack of support for him among the rank in file in the community impact their vote for president.”

Previous ArticleDon’t Forget To ‘Fall Back’ This Weekend; Check Your Smoke Detectors, Too
Next Article This Week’s Apartment Rental Roundup: Capitalism Edition