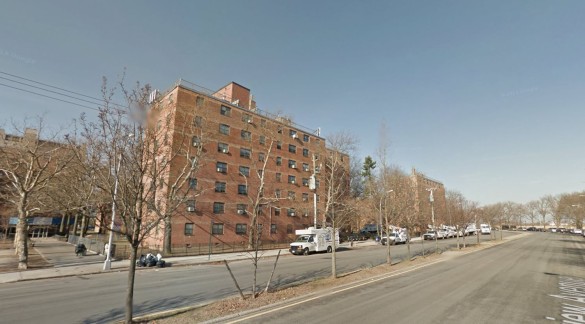 A 17-year-old was shot dead across the street from a Coney Island playground on Christmas Eve.

Police responded to a 911 call at approximately 7:00 p.m. to find a male shot on Bay View Avenue, near the corner of Neptune Avenue.

The victim, 17 year-old Yaquin English, had multiple gunshot wounds to the leg and torso and was pronounced dead on the scene, according to the NYPD. No arrests have yet been made.

English was gunned down in front of the Gravesend Community Center building of the Gravesend Houses at 3144 Bay View Avenue, across the street from the Leon S. Kaiser Playground in Coney Island.  It is the seventh murder of 2013 in the 60th Precinct, which includes Coney Island, Brighton Beach and Gravesend.