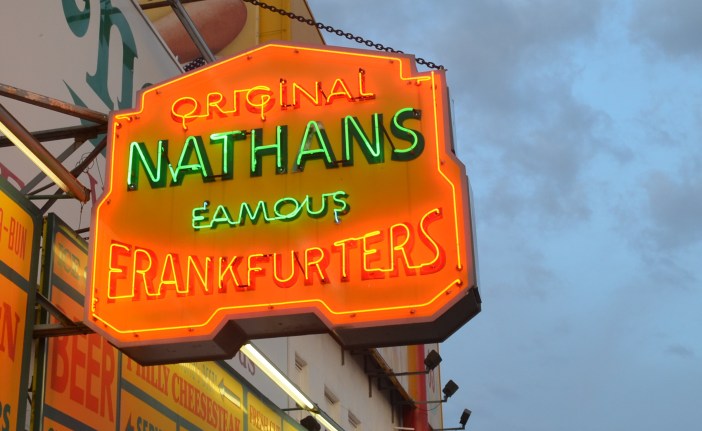 Nathan’s Famous is rolling back prices to 1916 to mark their 100th Anniversary on Memorial Day weekend.

The flagship location at Surf and Stillwell Avenues will be selling hot dogs for five cents between 11am and 2pm on Saturday, May 28, the Daily News Reports.

The special deal is a throwback to the prices offered when founder Nanthan Handwerker first opened in Coney Island on May 27, 1916.

The enterprising Polish immigrant got his start at another well-known Coney Island restaurant, Feltman’s German Gardens, which was selling its hot dogs for 10 cents. Handwerker was responsible for splitting the rolls and delivering the Feltman’s hot dogs to grilling station. Legend has it that he slept on the restaurant’s floors to save money to start his own business.

Handwerker used his wife’s recipe, handed down from the old country, when his started selling his own hot dogs. He priced his product at half the price of Feltman’s to undercut the competition.

Today, Feltman’s has faded into history, although one ambitious resident is trying to revive the brand. Meanwhile, Nathan’s has become a global brand. But it is the original location in Coney Island that still stands as New York treasure.